Bless me Flora, for I have sinned

Bless me Flora, for I have sinned.
I plead guilty to Iris abuse.


Not all irises have been abused. These tall beauties are pretty happy right now. This little corner gets the most intense care. 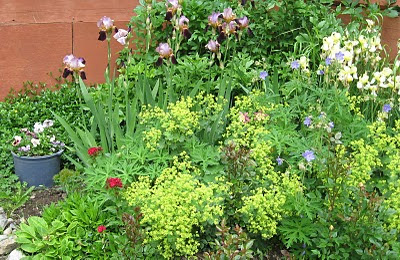 Then there are the neglected, but still happy customers in various places, like this half wild  flower garden that needs re-digging and fertilizing. 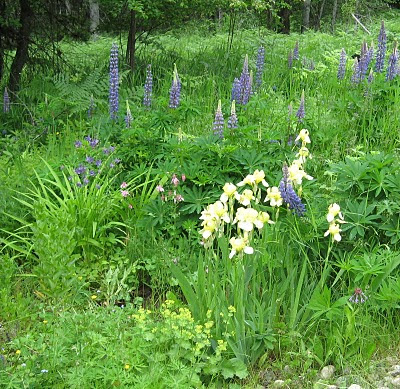 Waiting patiently for attention in among the grass. I only have one pair of hands, and they are not the most efficient ones... 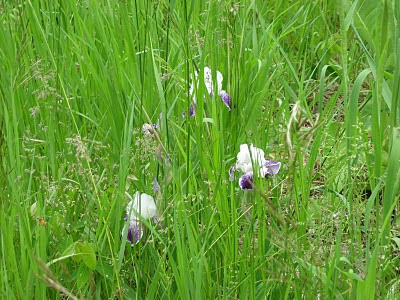 The abused ones were two sets of clumps. First a batch of white ones that was in the big sunny border, and totally needed to be divided and replanted. Their new home was going to be in between the big pink poppy and the red peony in the half-shady bed along the short green stuff. It really does not deserve the term lawn. Alas, when they were transplanted we were in the middle of a drought, I used a mushroom manure that turned out to be quite yucky, and I didn't do it early enough. They sat there and looked miserable.  I ripped them out, stuck some in a nursery bed and tossed  some into the wild. Some of them will surprise us with flowers a few years hence, like these. 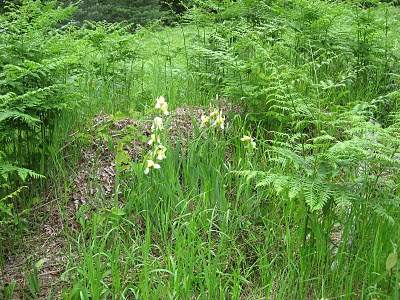 But the worst abuse was heaped upon a large batch of lovely blue iris that I got from a friend last year. They had been a foundation planting and were in the way of badly needed renovations. I stuck them where the greenhouse had been, "just for now." Early in spring they were in the way and I dug some of them up, stuck the still dormant corms under a pile of hay, again "just for now". Packed up some for Melanie in Ontario, but the price of shipping was more than they were worth. Forgot them in the box. This was a huge batch, quite a few of them started to bloom abundantly in their temporary home. By this time the Big Wet had started, and I transplanted some while they were blooming. They even put on a reasonable show for a few weeks. Alas, the foliage started to look quite disgusting. OUT, again.... 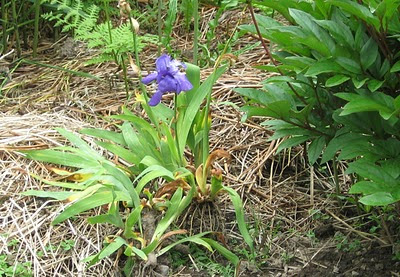 This time I trimmed both roots and leaves and stuck them in pots.  Some iris plants  survived the winter in the pot and they were great. 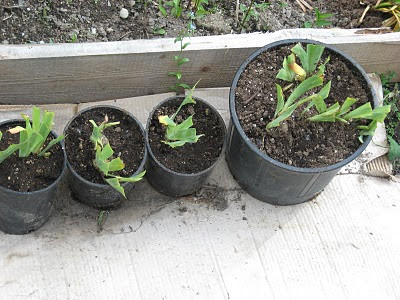 So bless them Flora, and may your humble subjects bloom in that garden that is always perfect: The one NEXT year!
Posted by Ien in the Kootenays at 7:59 PM