That was the garden season of 2009


I am writing this early March 2010, filling in the gaps so we can start keeping a proper garden diary as we go from now on.

I was off to a good start. Just for once, I actually had my seeds ordered and ready in time. Even though the weather was miserable much of the time I had started lots of bedding plants and made some headway with the spring cleanup. 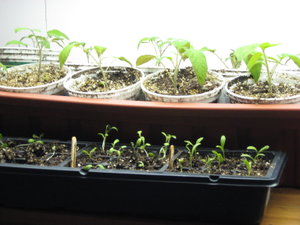 These notes are from April 10 2009: "The long-awaited spring has arrived, finally. One week of warmish weather has removed almost all the snow, exposing the sins of fall.

Every year I swear that this fall I will leave the flower beds in perfect order, so we will wake in spring to tidy perennial beds weedlessly sprouting new growth, in a perfect design too. Yeah, right, who am I kidding?


Oh, and did I mention that we had some trees cut down, so we have piles of branches everywhere? And that I want to start lots of extra bedding plants for the farmers' market, and transform the veg patch into a square-foot garden, with tidy cribbed-in beds and mulched pathways?"


Not complaining, just grumbling. Then, just when I was starting to hit my stride, I suddenly had to leave. 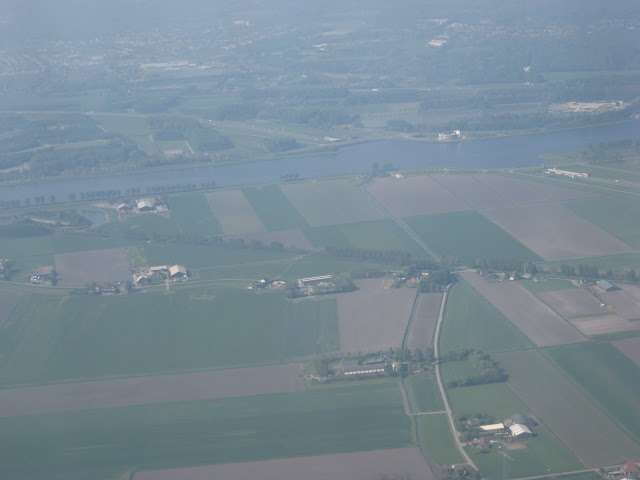 My dear mother died, as unexpectedly as that can be at age 93. I had to go to Holland for the funeral and to do the eulogy as promised. It was good to be with the siblings. More on the trip on the general blog.

In contrast to home the season in Holland was way ahead of itself. I got there on April 30. It was warm, everything that could bloom was blooming and the trees were fully leafed out. Delicious!

We spent May 1 in Maastricht, where this picture of chestnuts in full flower was taken from the old city wall. 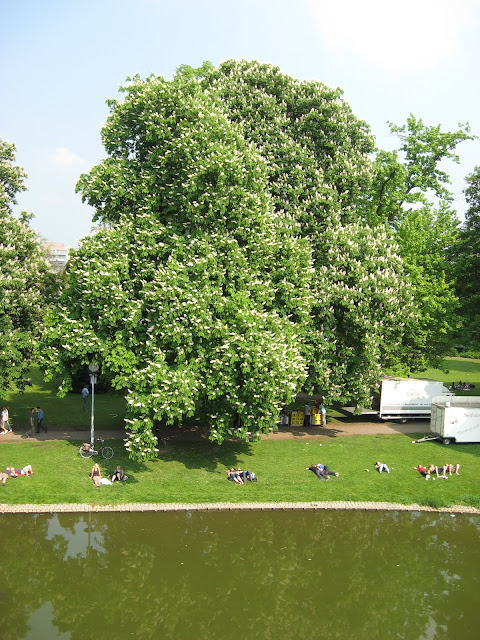 Once back home I wrote this: Kootenay gardeners should NOT take 2 weeks off in early May. This trip was necessary and good for the soul, but oh boy, are we paying for it now! In a way it was good that we were still a full month behind normal. 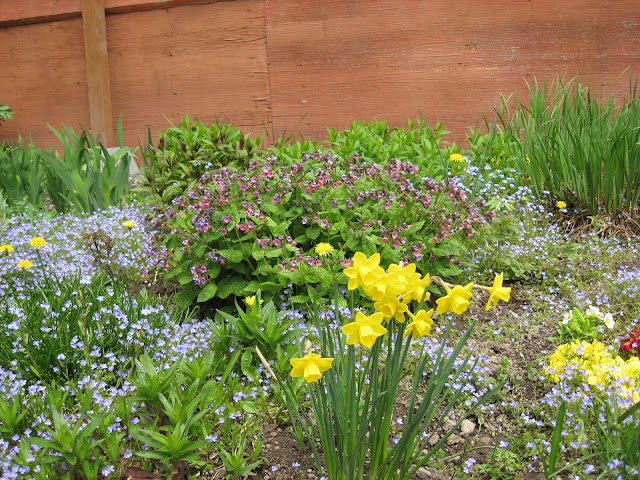 Nice flowers, but we expect to see this late April, not May 17.

The forsythia finally bloomed, for the first time ever! It had never yielded more than a few reluctant flowers. Merciless pruning seemed to have done the trick. But come on, May 20? 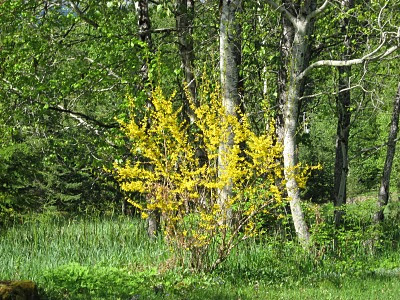 We made a trip to Kelowna on May 20 to buy some building supplies. This slope near Lumby was yellow with those wonderful Balsam Root spring sunflowers, that normally bloom late April/early May. 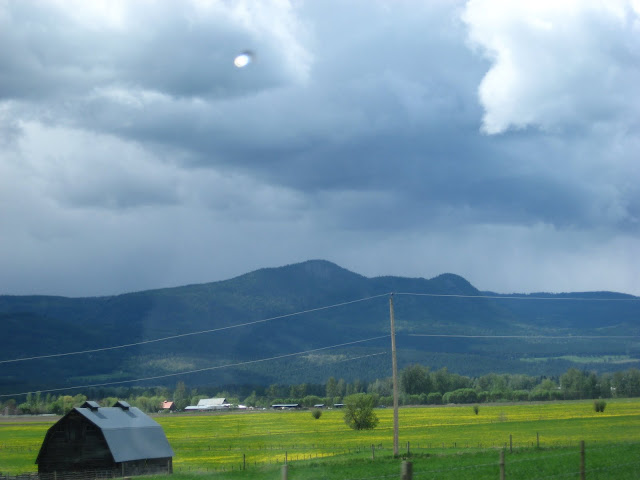 The yellow  in this field is flowering dandelions, and note that chilly-looking sky.


The weather turned nice right after this, and the horrid non-spring was followed by a wonderful
four-months-long summer, filled with sunshine and a stream of visitors. For the first time in years it felt as if time was slowing down, instead of speeding up. That's what I need from summer, even if briefly: a sense of timelessness. That carefree living with the doors and windows wide open, hardly any clothes, secure in the knowledge that tomorrow is another sunny day.

But meanwhile, in the garden, I had to go to the first farmers' market as a customer instead of a participant. That HURT.
The pressure was on. From the Multiply blog:

I love all garden work. Fiddling with little plants in pots for sale, trimming the edges and weeding the flower beds, moving perennials about, digging up and planting the vegetable garden. For some weird reason, even though my restless mind goes bonkers when I have to go without print, screen or radio input for more than 10 minutes, I can garden all day and not get bored. Go figure. What I don't enjoy is the feeling of HURRY. No matter watter I do, some other plant friend is hollering: "Hey lady, what about ME?!" 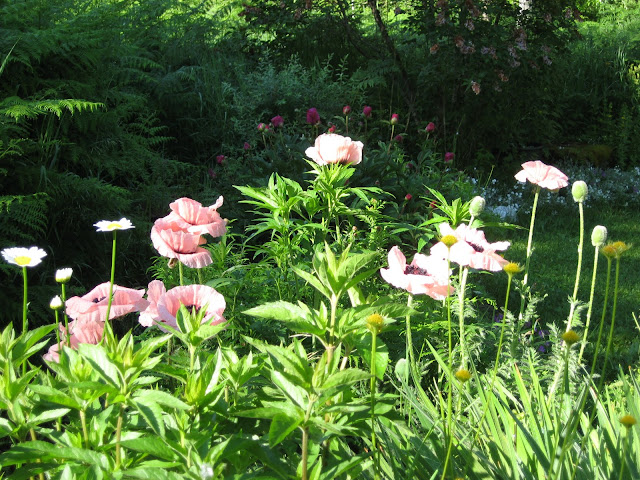 Eventually we more or less caught up. Some money was made with sales of perennials, some beauty was enjoyed, some food was produced. 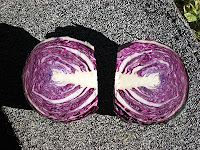 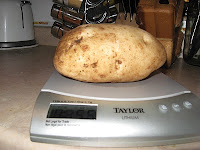 The spud weighed in at 1 pound, 5oz and was perfect, not hollow inside.

I even had a few decent peppers and tomatoes, a rare occurrence. Superb garlic,
and some lovely glads, though the DEER started eating those.
They never used to. They love the flowerbuds. 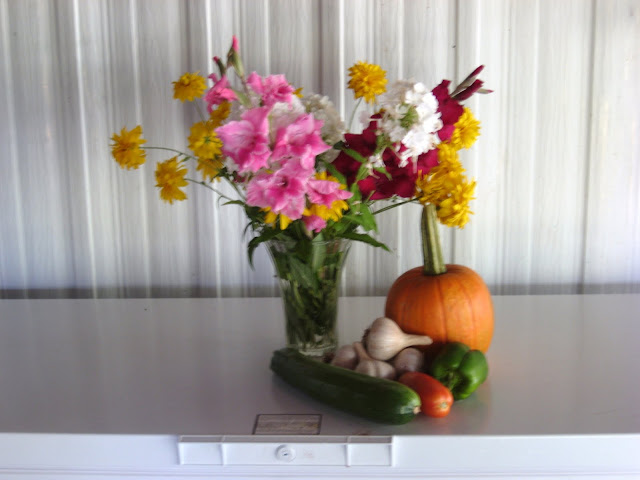 Even though it is still far from the perfection of my visions, the place looked pretty nice at times. 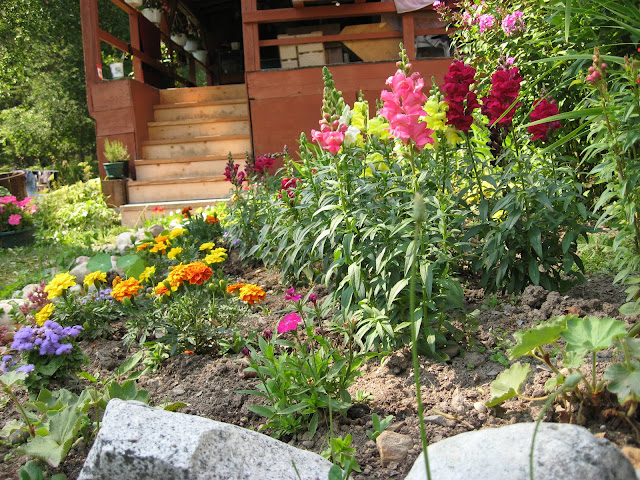 One final gift from the veggie garden, as late as November. I thought we were down to carrots and kale, but there were some hardy fresh greens. I love tatsoi! 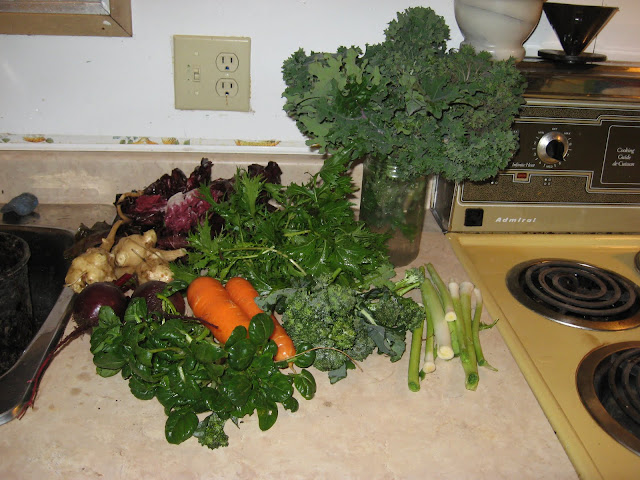 And finally, the crew that removes or trims trees around here delivered a huge load of chipped tree waste. It will be used to mulch the pathways in between the properly defined raised beds. I feel like a rich woman. Just wait till next year! 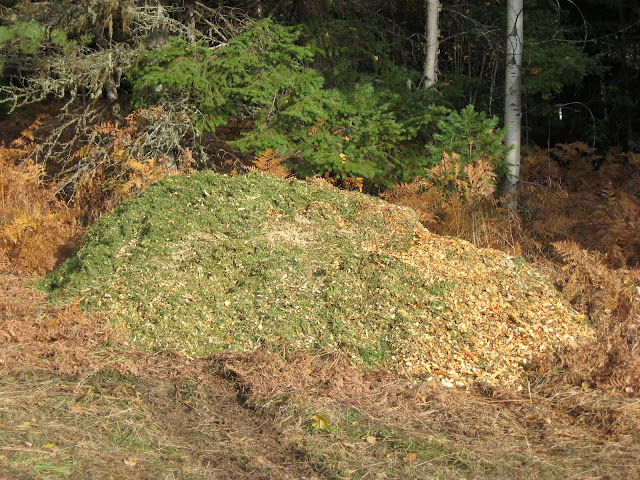 Posted by Ien in the Kootenays at 6:22 PM