Wresting late out of the jaws of early.

Late April already. Green grass is poking through the bracken duff. Perennials are racing out of the ground. Panic season is approaching. We were early, right? Note past tense.

What happened in two months? The snow was almost gone for weeks. It was nice weather but the nights were cold and the snow took its time. Without the cover on the greenhouse I couldn't do anything yet.

Below, February 25, view of the bracken field with home from the edge of the grove we call the Magic Spot. 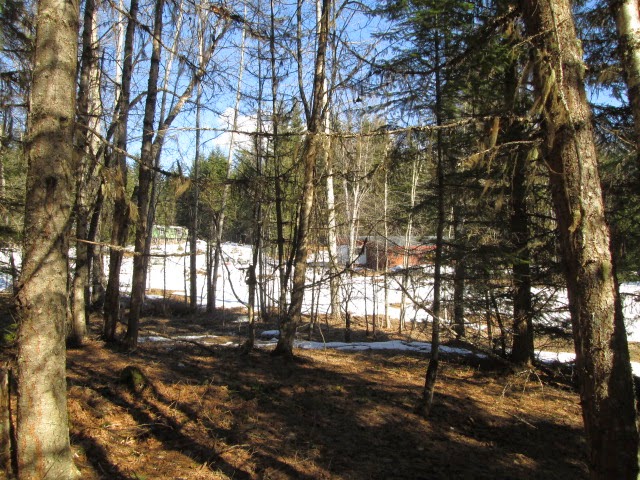 Snow was gone in sheltered places, like the small flower bed just below the living room window. Yellow aconites are spreading and welcome. It takes them a few years to go from seed to flower. I started out with just 3 and look at them now! Some have also been given away. They are the cheeriest little things and I just love them. This was March 10. Not the greatest photograph but it will do for a record. 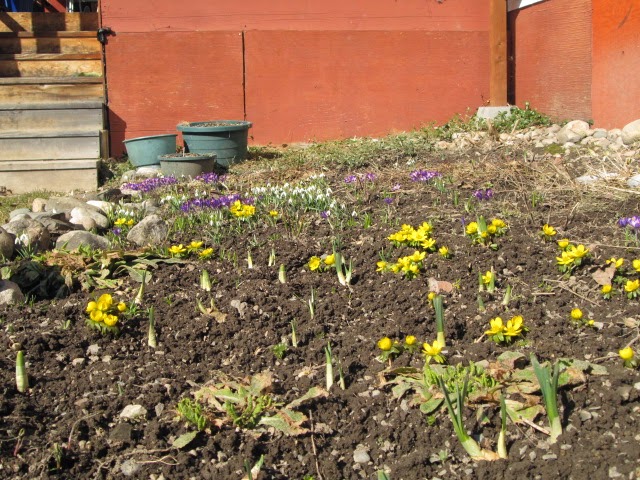 The deer were merciful, or Bobbex was applied timely, and I got to enjoy the crocus. 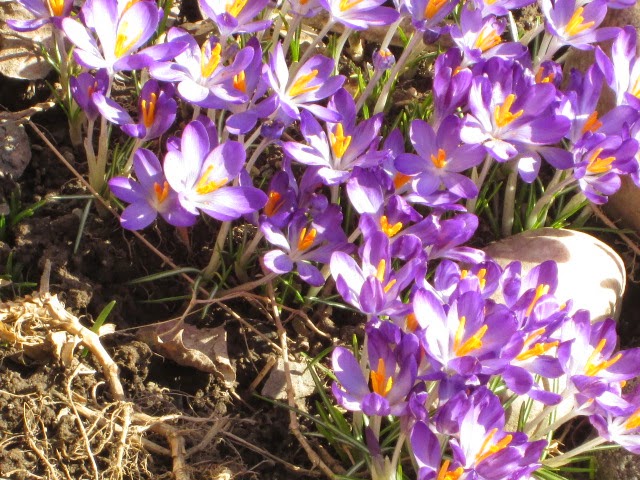 I just found out that my beloved greenhouse/car shelter has been discontinued. This new cover should be good for four years. Who knows where we will be after that. 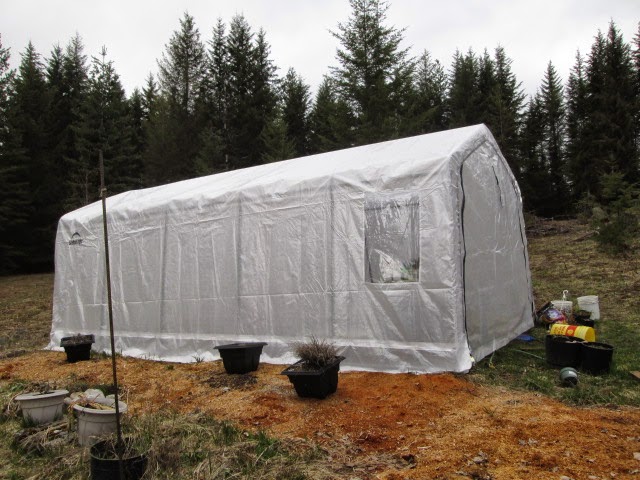 Getting the roof back on might have taken me days of struggle. Instead my handy buddy Rick did it in one morning in return for three hour long sessions of acupressure. Barter rocks! We will take it off again in early November. Yes, we lose a few weeks of growing time but the advantages are worth it. The greenhouse went up in the last week of March. Until then there was no place to put the first batch of early greenery. Many plants got too leggy and some bolted, not worth transplanting. We ate them as microgreens. This is the crowd on March 31, just before they were finally moved. 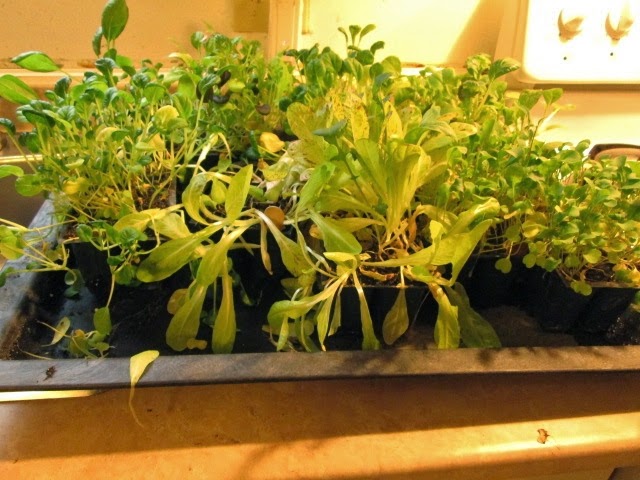 The Chinese cabbages and arugula were a total loss, but chard, kales and lettuce did fine. I gave quite a few away too. 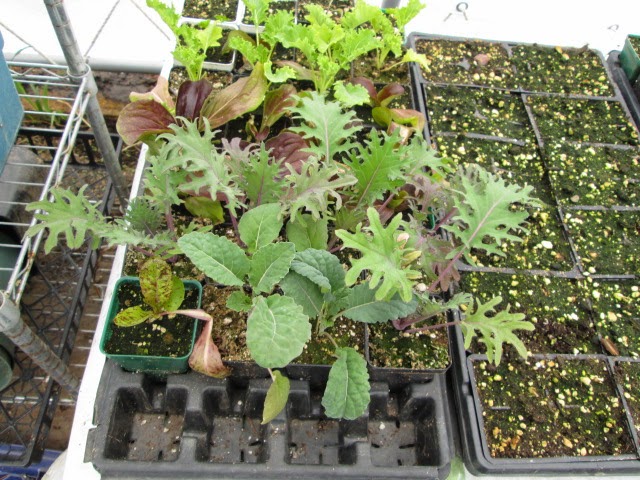 This planter with lettuce and Lucullus chard will be moved to the deck once the weather warms up. 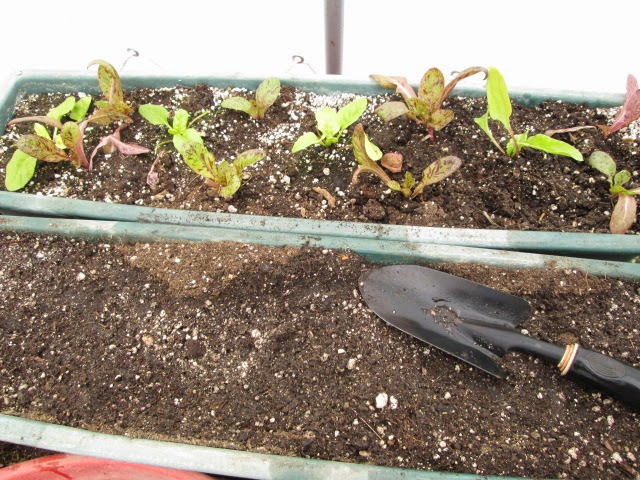 These trays were started in the greenhouse after our Easter trip to the coast. The grow light space is taken up with tomatoes. 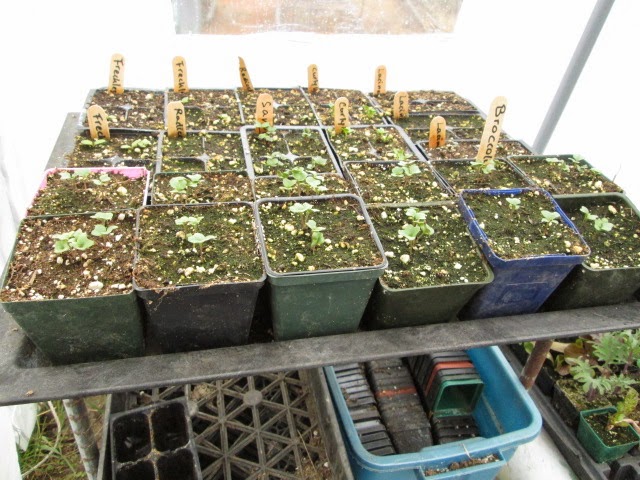 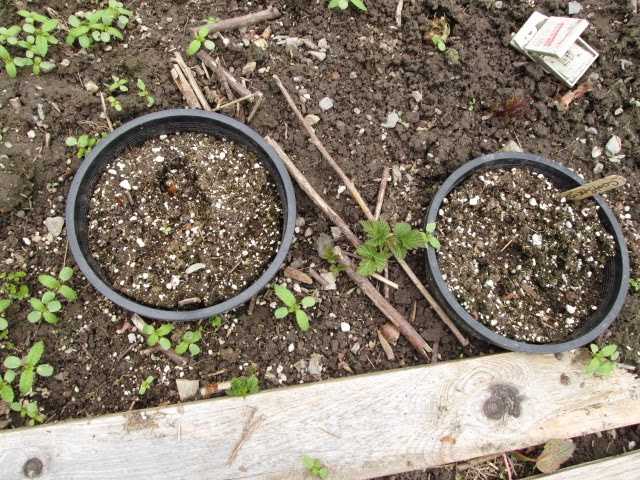 The first thing I did after the trip was check the bulbs in the veg garden. I had been very clever last fall: tulips were planted inside the veg garden in containers. The plan was to put the containers on the deck in spring. Planting tulips in the flower garden is an exercise in futility. Guess what. Deer may love tulip greens, but voles love the bulbs! And I had been so kind to leave them in loose potting soil mix instead of underground. About ninety percent of them were gone.
I should have remembered tulip bulbs are nutritious. During the bitter winter of 1944/45 my relatives in Rotterdam and The Hague ate their share of tulip bulbs as an emergency food. My parents with infant me lived in the Eastern part of the Netherlands in a rural town and never went hungry. 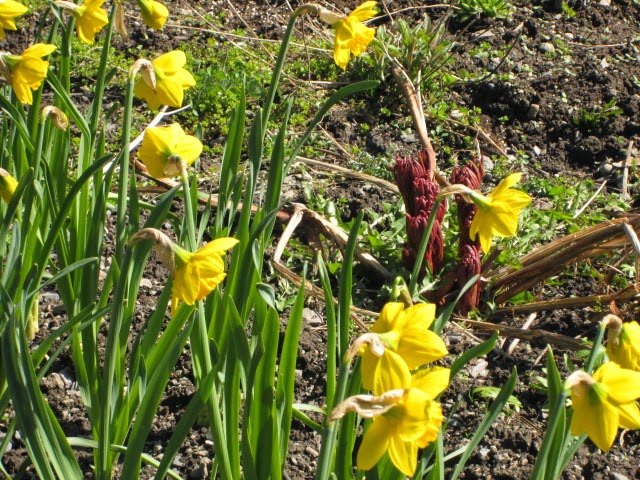 All the more reason to cherish daffodils. Actually their bulbs get ravaged by some soil dwelling wormy thing but that only hurts next year's blooms. As long as I treat them as an annual we're good. Some dafs do make it back, enough to transplant into these containers by the stairs. 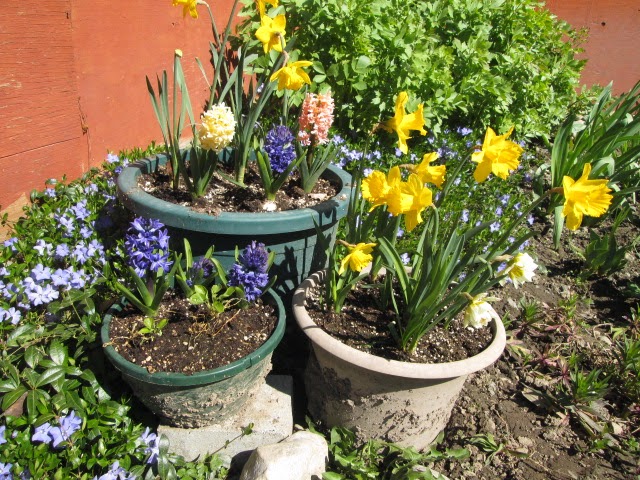 We had a week of wonderful weather, green up is early this year. 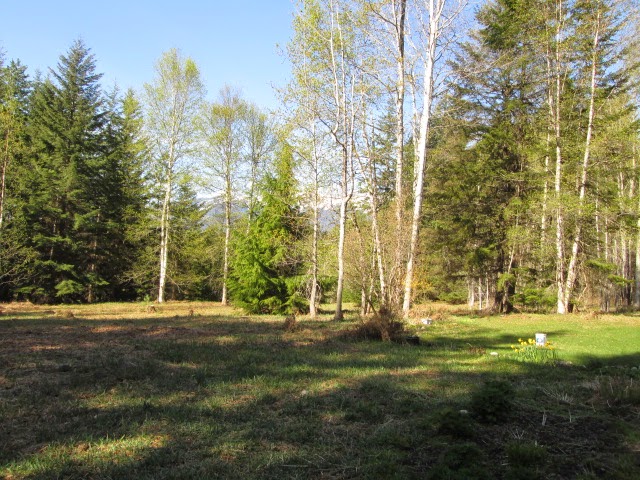 Last Wednesday, April 22, the weather turned. The rain was welcome but one could do without the beastly cold. Anyway, I am now in the "OMG Where do I start?" phase. As usual, I have to choose between the bottom garden and the top one, either section would be plenty to keep me busy. The plan is to make the top garden an extensive section, with wider spacing among plants, and have all the fiddly piddly stuff like salad greens at the level of the dwelling, gardened intensely. I am finally claiming the whole space inside the fence. The section between the old raspberry row and the asparagus bed has now been covered with cardboard, wonderful cardboard! Hay will be piled on top and then we will see. 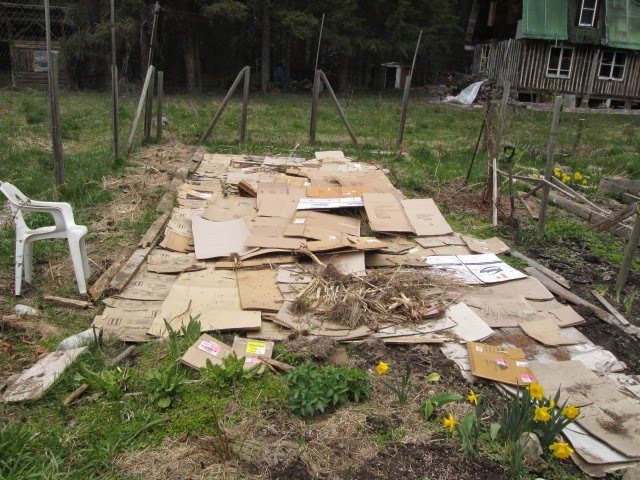 And speaking of asparagus, they are coming up, yeah! 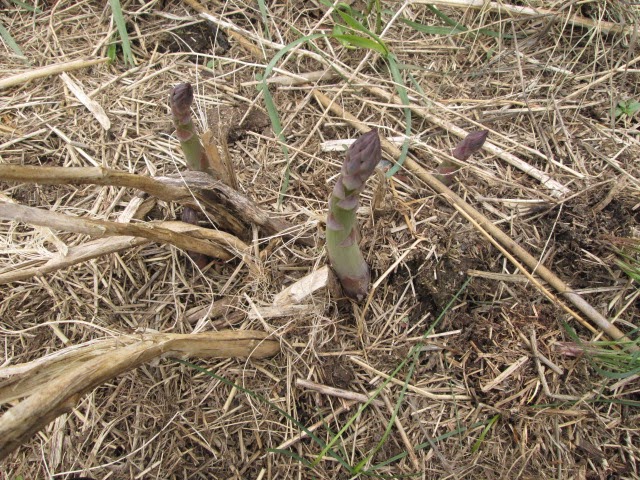 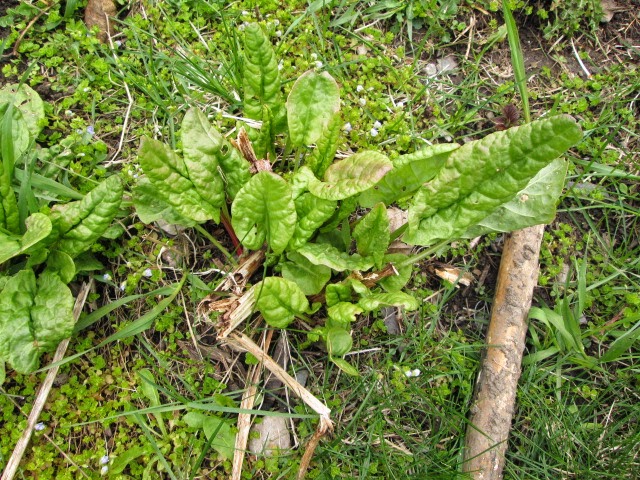 And so it goes. To be continued.

Posted by Ien in the Kootenays at 8:30 PM