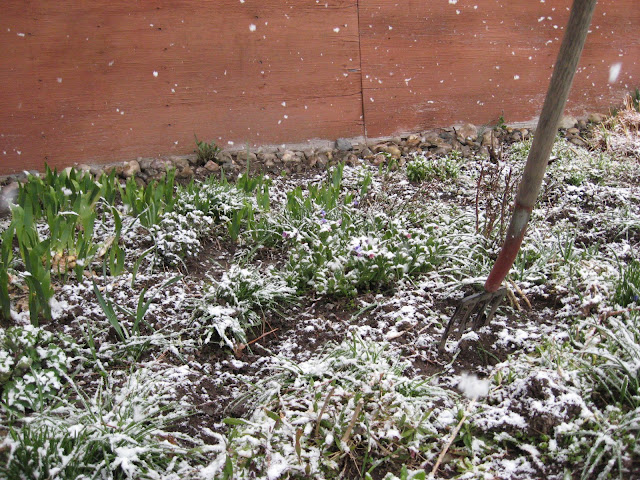 Snow falling on blooming Lungwort. And others. Crocus and Snowdrops are finished, Periwinkle and Lungwort starting, Iris and Columbine UP.

Spring bulbs tend to get eaten by various critters. Tulips are just deer bait, but daffodils get hit by some wormy varmint. They die out instead of spread, like they are supposed to. I should treat them like an annual and plant lots of them in the fall.


It is past the middle of April. We have had exactly 3, count them, three nice days that were more or less normal for the time of year. Actually more like 2 and a half. Yesterday was the half day. I was happily transplanting things in the perennial bed right in front of the dwelling, hence the digging fork.

Astilbes were moved to a shady spot elsewhere in order to make room for baby roses. This is the only bed where I can grow roses, deer adore them. Lots of astilbe plants were put into pots for the farmers market later.
Now it is snowing again. It is even staying on the ground. There is nothing I can do about it, and I know I shouldn't whine etc etc, but Oh dear Goddess, I so badly need some blue light and some warmth! 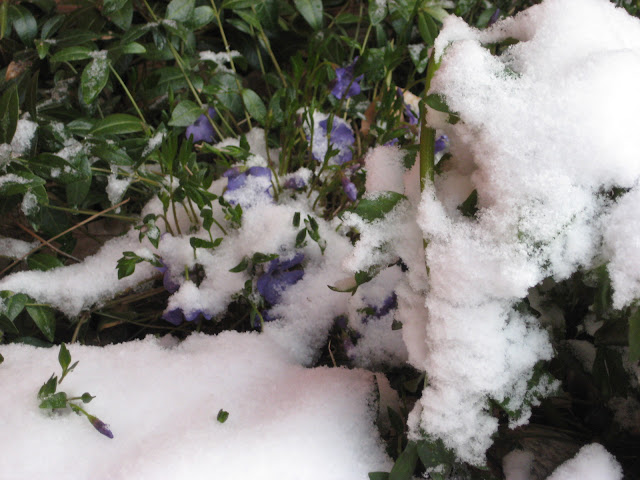 The periwinkle kept stoically blooming in its sheltered corner. 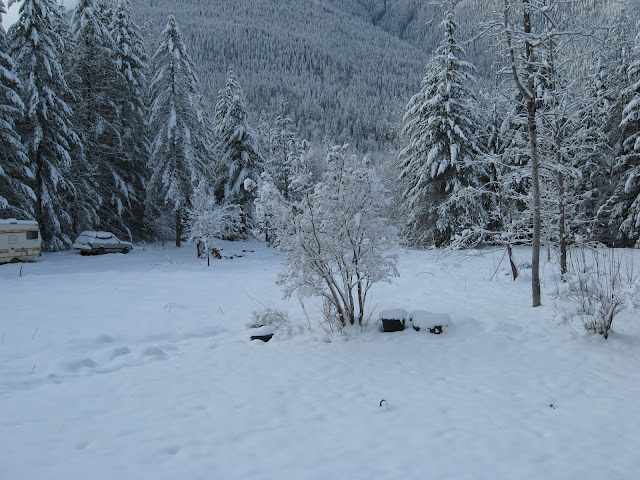 April 20, the first day of Taurus. Usually spring is  bursting out by now. An occasional spring snow is not uncommon, but it usually melts during the day. This one stuck, and it snowed off and on all day yesterday. 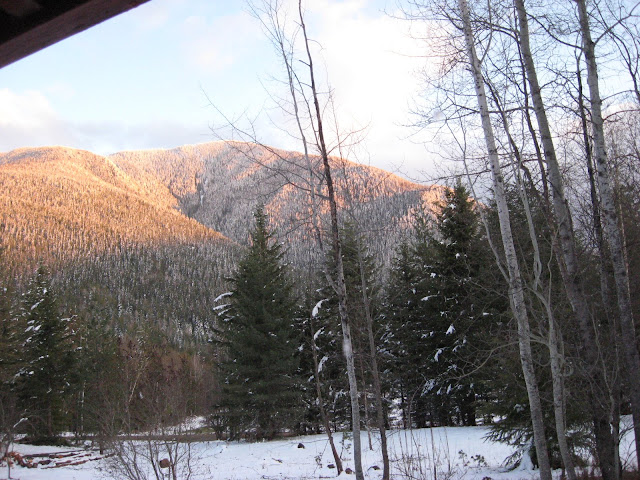 April 21, spring sunset with winter colours. Even after it stopped snowing it took several days before all was clear again.
Posted by Ien in the Kootenays at 10:34 PM