A year out of sync

This is a strange year. As reported spring was the earliest and warmest we have ever seen. The season was ahead, but as usual I was behind. A while back I did a post on garden seasons by states of mind. This year the seasons are overlapping in weird ways, due partly to Nature and partly to poor management.

In Nature, we had excess heat and drought in spring, followed by a coolish summer that keeps threatening or rather promising rain without delivering enough where we live. An upside down year, or is that backside front? As mentioned before on this blog, efficiency has never been my middle name and my body has never been able to keep up with my mind. The ambitions of an elderly (73) gardener with a failing husband (80) got out of hand. The section at the dwelling level would be plenty to keep me busy. Next year I might just put the entire top garden in cover crops and give it a rest, apart from raspberries. (Yeah, right.....)

In short, the season of panic and obsession never quite ended.

For starters I focused on the greenhouse garden, starter plants and the beds below the greenhouse, as reported in earlier posts. I did not get seriously going in the big fenced top garden till late May. In some places the improvised boards had disintegrated, giving free access of the raised beds to the creeping buttercups, threadleaf veronica, yellow dock and others. They made the most of it.

Title of this picture: OMG. WHERE DO I START? 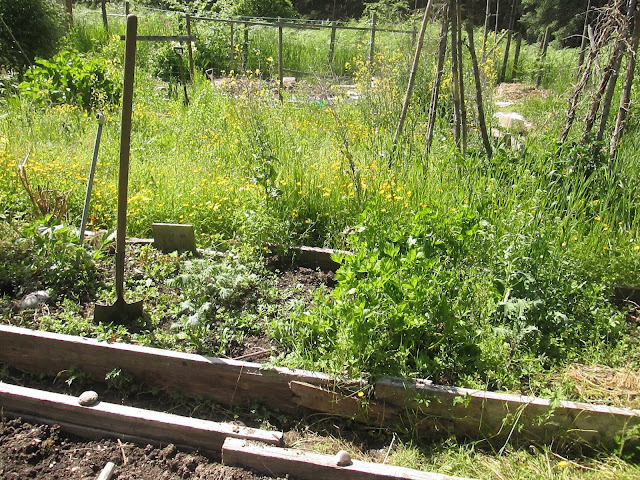 To begin with I put potatoes in the two beds that were still sturdy, in front in this picture. I also planted the section with the fortress boxes. Once again, lovingly seeded carrots FAILED, twice. This in spite of lavish application of  crushed egg shells in between the rows. I ended up sticking celery and multiplier onions everywhere. 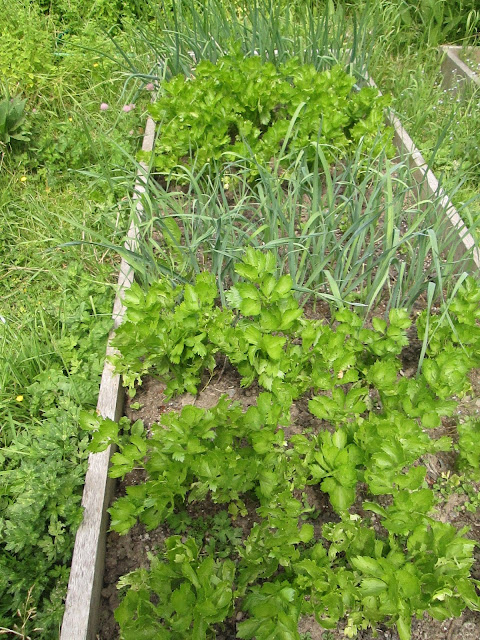 Was this a well thought out, planned decision? Heck no. I just happened to have all those beautiful celery plants. Yes, puppies and kitten syndrome struck again. I want lots to freeze for winter soups, but do I need that many? Multipliers one can never have enough of, and the few leeks are in here as well. Note the tide of weeds lapping at the edge of the frame. The paths had been covered with cardboard and hay the year before last. The weeds enjoyed the extra nutrients.

On the other hand, while I was still prepping and planting the big garden a bumper crop of raspberries demanded to be dealt with, starting the last days of June. We had already enjoyed some fresh potatoes robbed from the earliest planted bed, broccoli heads and side shoots, snow peas, bok choy, and mesclun mix, all from the blessed greenhouse. 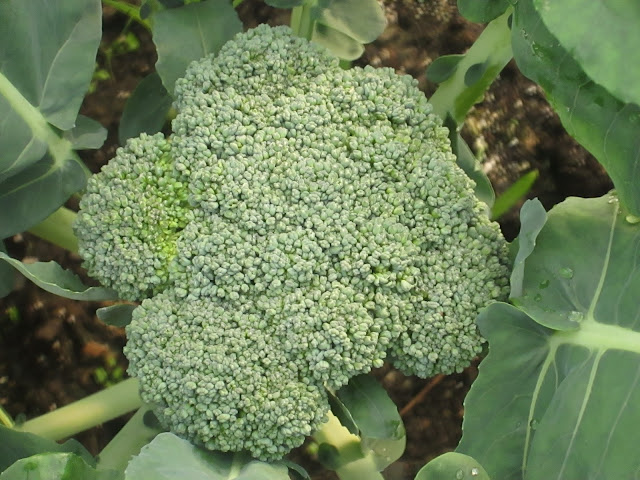 My prize broccoli from the greenhouse, June 6. 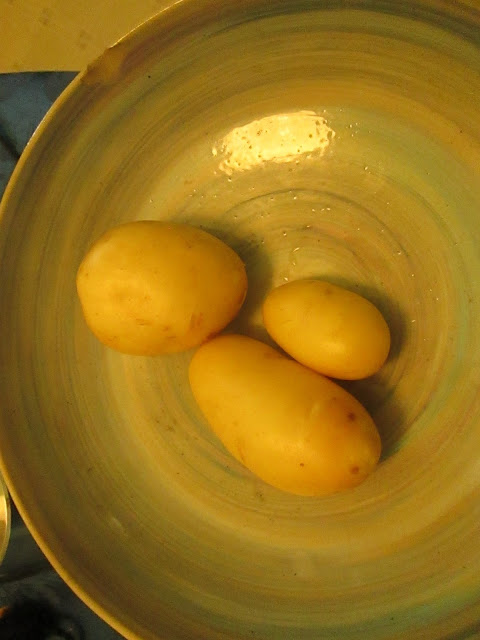 I thought we would skip the 'season of disappointment' this year, but suddenly in mid July the early vegs were finished, even the lettuce in the planter on the deck went tough and bitter and bolted, and the main glut had not arrived yet. Beets were started early in the greenhouse but took forever to form roots. There was always enough to scrape together for a stir fry, but one expects more in July.

The first half of the summer flew by in a frenzy of work, not quite enjoyed because I felt constantly under pressure. Never mind the astrological detail, but it is a year for Saturn, the symbolic representation of hardship and duty. Into each life some rain must fall etc, and I have had more than my share of good fortune, so no whining. 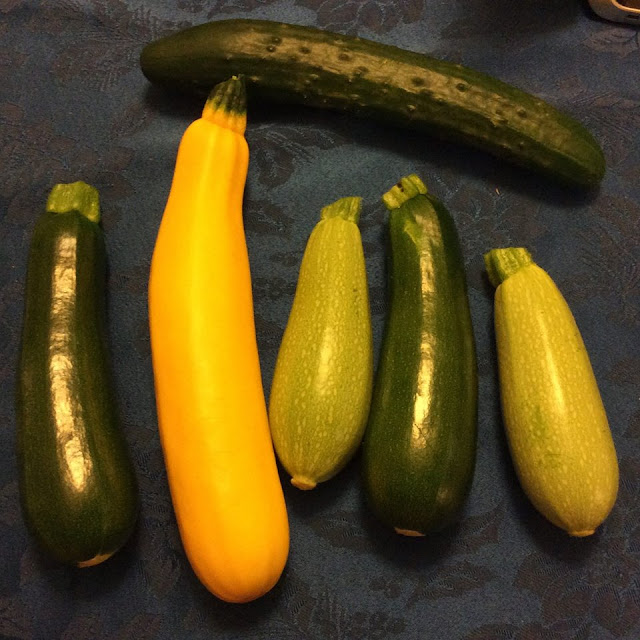 Well, Gaia bless the zucchini. It must be August. I have finally reached the stage of 'jungle and resignation', together with fullness of harvest, and feel in harmony with the Wheel again. Of course we are not caught up and never will be, and of course the work continues. It is my passion and my joy. But some priority will be given to just sit in the shade with a book every afternoon. Shady lawn is the new beach, a sure sign of age and that is O.K.